Board Members and Other Volunteers

NANCY GRODBERG
OPERATION BLUE PRIDE
DIRECTOR, VICE PRESIDENT AND EXECUTIVE DIRECTOR
Nancy is the Executive Director of Operation Blue Pride.  She is a Scuba Schools International Scuba Instructor and Adaptive Scuba Diver Instructor (HSA and DiveHeart Certified).  She has been involved in OBP since it became active in Boston, Massachusetts in 2014.  She is committed to OBP's mission and is very grateful for the support of all who have volunteered and contributed to OBP's first 6 years of operation.   She is very excited about OBP's upcoming season.
LAURA A. MCCALLION
OPERATION BLUE PRIDE
DIRECTOR
Laura is a PADI Course Director, Emergency First Response (EFR) Instructor Trainer and Adaptive Scuba Diver Instructor Trainer (DiveHeart).
LIEUTENANT COMMANDER, JOHN F. PUCILLO USN
EXPLOSIVE ORDNANCE  DISPOSAL OFFICER  (RET) 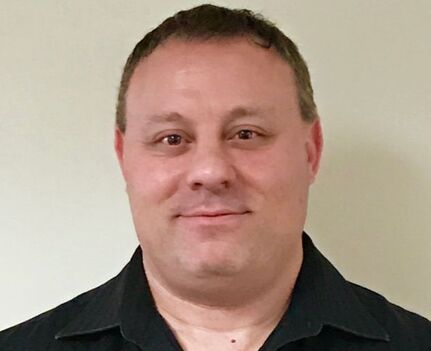 Lieutenant Commander (RET), John F. Pucillo, enlisted in the Navy in 1991 as a Naval Explosive Ordnance Disposal Assistant.  Following his commission from Naval Reserve Officer Training Corps in 2001, he served as 1st Lieutenant on board USS PIONEER (MCM-9)

On 19 May 2006 in Baghdad his patrol was attacked and a roadside IED blew into his vehicle and he sustained an above the knee amputation of his left leg, he was evacuated to Langstuhl, Germany and then to follow on care at Walter Reed Army Medical Center for rehabilitation.  From June 2006 to February 2007 he underwent rehabilitation and was transferred to Naval Explosive Ordnance Technology Division (NAVEODTECHDIV) Indian Head, Maryland where he assumed the duties as Readiness and Training Officer for NAVEODTECHDIV. During his tenure at NAVEODTECHDIV he earned his designation as an Explosive Ordnance Disposal Officer, returned to full active EOD duty in August of 2007.  He finished his 27-year career in the Navy retiring out of Little Creek VA at the Naval Expeditionary Warfighting Development Center. He remains a lifetime member of the Military Order of the Purple Heart. 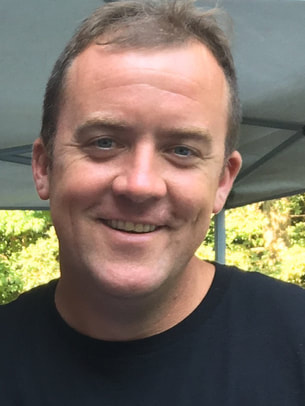 John Burrows is a combat Veteran of Operation Iraqi Freedom.  He was a Navy Corpsman attached to a Marine infantry battalion in 2004 that served in the Anbar Providence of Iraq.  He, like thousands of other service members, was exposed to daily mortar, IED and direct fire attacks.  When he got home he found it tough to connect with people that didn’t share the same experiences.  Also, he always felt more comfortable around other combat vets.

In 2015, an Army vet and coworker told him that he had heard of a program that certified veterans in scuba diving for free, Operation Blue Pride.  Scuba diving was always something he wanted to try but between his family and work he didn’t feel that he could justify the time and money.  But his buddy insisted and John signed up.  John describes how he feels about signing up, getting certified with Operation Blue Pride and how it has impacted his life.

"I’m so happy that I signed up.  The certification process was fantastic.  I met other vets from the area and remain friends with them to this day.  I didn’t realize how helpful diving would be for me both personally and professionally.

Diving is a lot like a military mission.  You have a team. You get your gear ready and come up with a plan.  Then you execute your plan together while watching out for each other.  Diving forces you to stay calm, slow your breathing and relax.  Slowly swimming along and taking in the underwater sights is a form of meditation for me now.  Its calming effects are obvious, especially to my wife, who will tell me to go diving when I appear stressed.

Operation Blue Pride has also afforded me the opportunity to advance my career as a police officer.  With my certification I, along with two other OBP graduates, applied for and got accepted to the Boston Police Dive Team.  Now I can use my passion for diving to continue to serve the citizens of our city.  We have been further certified in advanced diving and train twice a month with our department.
​
I can’t say enough about the program.  I have and continue to recommend it to every vet I meet.  Diving has now become part of who I am and that was only possible because of Operation Blue Pride."
MATT DEMAR, OEF 2006, OIF-2009, AVIATION ORDNANCEMAN/FIRE CONTROL TECHNICIANe Control Technician
​OPERATION BLUE PRIDE
DIRECTOR
VETERAN OUTREACH AND FUNDRAISING
PFC DeMar graduated recruit training on 24 Sept, 2004 at Parris Island, SC.  After completing Marine Combat Training, and Aviation Ordnance A & C schools, LCPL. DeMar was assigned to Marine Heavy Helicopter Squadron 464, Marine Aircraft Group 29, Marine Corps Air Station New River, NC. While assigned to HMH-464 LCPL. DeMar deployed to the Horn of Africa with HMH-464 Det B from Sept 2005 – Feb 2006, and Sept 2007 – Feb 2008. Cpl. DeMar again deployed in 2008 with HMH-464 det aboard LHD-3 USS Kearsarge in support of Operation Continuing Promise and an Aviation Ordanceman Collateral Duty Quality Assurance Representative. Upon return to CONUS, Cpl.DeMar received orders to Light Attack Helicopter Squadron 269, MCAS New River, NC. Sgt. DeMar deployed with HMLA-269 in support of Operation Iraqi Freedom as Aviation Ordnanceman / Fire Control Technician. Sgt. DeMar was assigned to HMLA-269 from May 2009 – June 2011.

Upon Matt’s discharge, he attended Babson College where he graduated with a degree in Business Administration. Currently, he is an Associate Planner for the MarMaxx division at TJX Companies located in Framingham, MA.

Matt has been a continuing support the Veteran community since he came home.  He served as the Assistant Veterans Service Officer for the Town of Framingham, MA until June 2016 and is currently an advisor to the TJX STAR Employee Resource Group.

In the spring of 2017, Matt was introduced to OBP by a fellow Veteran who described OBP as an opportunity to meet Veterans who shared similar experiences to those that Matt experienced during his service and deployments and upon his return to the civilian community.  Matt had tried many of the traditional methods.  He found that while those methods seemed to help mask his symptoms, he felt the best when he was just chatting with fellow service members in a non-clinical setting. In Matt's words,

“When I was accepted into the OBP basic open water class, I was a bit hesitant and apprehensive. I followed thru with the online training and moved into the pool dive training. While completing my pool dive training, I started to have some anxiety about going underwater. The OBP dive instructor assured me that he would be with me the entire time. The OBP dive instructor was aware and sensitive to my issues during the entire class. If it weren’t for the knowledgeable and compassionate OBP dive instructors, I may have not completed the training.
To this day I have had nothing but positive results from my experiences with OBP. OBP has provided me not only a certification, but a peer network of Veterans with like experiences that I can call upon whenever needed. I know that OBP has helped me overcome many of the symptoms associated with PTSD. I am able to take part in normal life activities and feel more than ever connected to my family.“
THOMAS M. FINN, OIF, 379th ENGINEER COMPANY
​OPERATION BLUE PRIDE
DIRECTOR
VETERAN OUTREACH AND FUNDRAISING Thomas M. Finn participated in, and achieved, his open water certification in an Operation Blue Pride scuba class in the summer of  2015. Tom has since joined the Boston Police Dive Team, has joined the OBP Board of Directors and is actively involved in OBP's veterans outreach and fundraising.
SUE CHEN
OPERATION BLUE PRIDE CO-FOUNDER
DIRECTOR, PRESIDENT 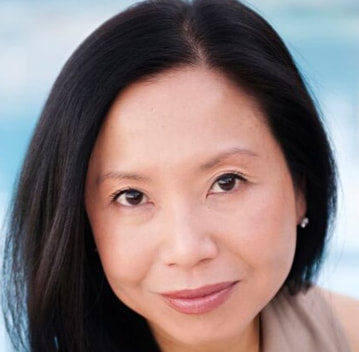 Sue is a co-founder of Operation Blue Pride.  She is a shark and ocean advocate, avid diver, mentor and educator.  She is also the founder of NOVA Medical Products which, since its founding in 1993, has grown to be an industry leader and innovator of over 820 health care and wellness products in mobility and independent living products.